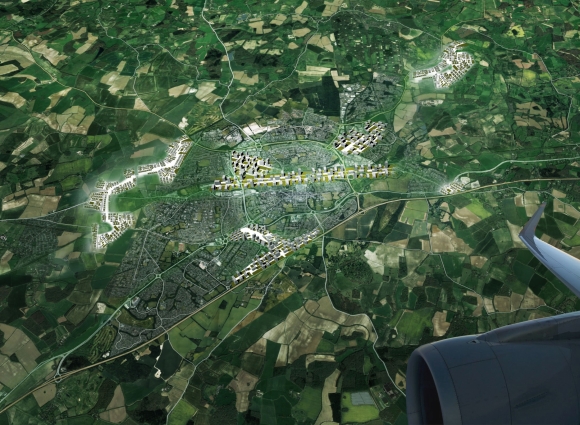 What next for Build to Rent?

Purpose built rental blocks are a common housing model in the US, Australia and parts of Europe but they are a comparatively new typology in the UK. In recent years we have seen developers actively choosing to move away from building homes for sale to building homes for rent, hence Build to Rent (BtR) as it is known in UK practice.

For developers, BtR provides a reliable long-term income stream, contrasting with the ups and downs of the traditional housebuilding development cycle. In light of the housing crisis, could this model of living be part of a solution?

We invited a group of professionals from across the property industry to discuss the challenges and opportunities BtR faces in the UK.

We started the discussion with an open question to draw out key themes.

What challenges does BtR face in the UK?

For Stewart Knight, Director at PLATFORM_, a national developer and specialist operator of private rented housing, the main challenge is around land value and viability. PLATFORM_ aims to deliver 1,000 homes to the market every year and he estimated that they look at 30 deals a week to meet this target.

“BtR is all about viability. You have to develop in the right location, make sure that you have a market for your product and that the yield is suitably high.”

Dominic Martin, Director of Global Apartment Advisors, stated that one of the main challenges facing BtR is perception.

“People think of BtR as posh student flats or housing for rich people. We need to educate people in order to change this perception.”

Zoe Sharpe, Development Manager at Dandara Living, Dandara’s rental arm, pointed out that BtR is still a new product. The market isn’t saturated yet but as more players enter, service and brand will become even more important.

The big emphasis, however, was on the viability of the model and its reliance on delivery at volume. Viability hinges on the ability to deliver cost effective development which considers, for example, efficient core and apartment layouts, communal facilities in favour of private amenity space and using methods of construction to improve the speed of construction and the quality of the buildings.

Where are the best sites for BtR, specifically in the regions?

The common trend of large volume housing being developed near train stations was challenged by Alan Lewis from WSP. He explained that people now commute by other modes of transport like car, bus and bike, especially in the South East.

Dominic Martin maintained that connectivity is important, but people who rent tend to live near their workplace. This leads to BtR being paired with workplace and/or retail development to create mixed-use schemes. Mark Rymell, Director at Citicentric, a consultancy which specialises in property investment and development management, stated that town centre sites offer great potential for this kind of development.

“They are ideal for BtR as they are well connected. It can also be a great way of regenerating high streets that have been impacted by the collapse of the retail market.”

Considering the scale of BtR development and the impact it has in town centre regeneration, mixed use not only provides varied tenancy mix but can create a sense of place. 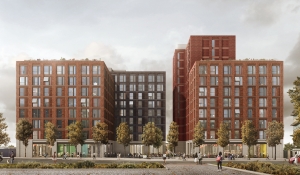 Could BtR be the solution to the UK’s housing crisis?

Zoe Sharpe identified the challenge of delivering housing for affordable and market living through BtR.

“The serviced nature of the management and operation of BtR makes pepper potting certain types of affordable housing difficult. If it is a discounted market rent offering then this is achievable and something we have accommodated on one of our BtR schemes. If it is social rent and/or shared ownership then this is difficult as a single landlord, the BtR owner and operator, is key for the BtR model. Early conversations around affordable provision with local authorities is important as planning policy may not work as a ‘one size fits all’ approach to residential development where BtR is being delivered.”

This view was shared around the table. The challenge lies not just in how to service two tenures, but crucially, how this dual provision hampers viability. If BtR is to offer a real solution to the housing crisis it needs to be regulated as a new use class. Regulation and greater awareness surrounding the product would give certainty to a sector that is competing with traditional for-sale housing.

Could joint venture partnerships be the answer to viability?

The model requires joined up thinking to ensure the long-term success of the partnership and the development.

Who is BtR for?

BtR offers the security and convenience that today’s rental occupiers want. The target market, despite widespread assumption, is not just millennials. Dandara Living caters for and welcomes a wide range of demographics to live within its BtR schemes to create diverse and sustainable communities to include, for example, single professionals, couples, young families and those in their later years.

Allan Gordon shared an anecdote about a couple of people in their 70s who had been renting a room in a hotel in Southampton for a year. They liked the service, the security and the community feel. Had they been aware of BtR, they would have considered it.

Loneliness is increasingly being treated as a public health threat, and it is not just limited to one demographic. BtR and co-living models could be used to help combat loneliness. The developments incorporate communal spaces that are designed to encourage residents to get to know their neighbours. This is not only great for resident wellbeing, but also for retention, which is key for the viability of the model.

What next for BtR?

BtR could help Council’s fulfil their duty to supply housing through partnerships with developers who are keen to have a long-term stake. BtR could become a reliant source of housing for all demographics.

BtR has a place in solving the housing crisis, however, knowledge of the sector in terms of its regulation and delivery needs has to be promoted across local authorities to fully harness its potential.