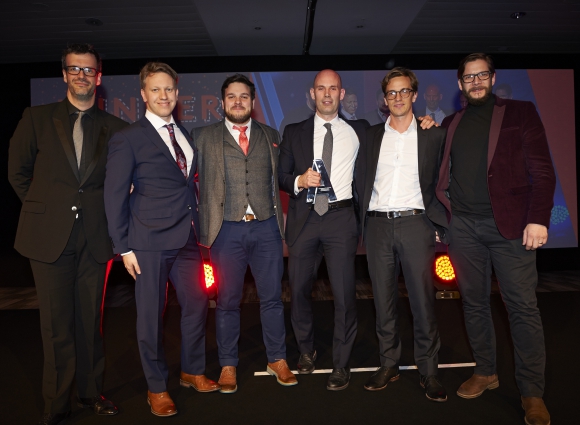 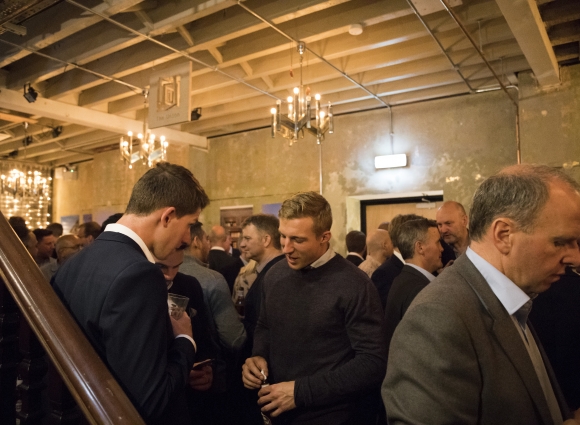 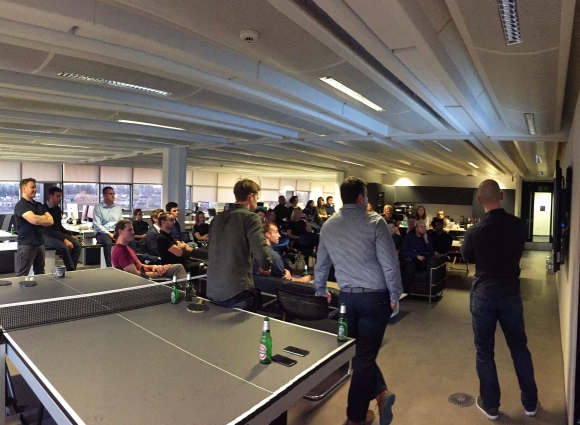 A Year of Firsts and Lasts

2017 was always going to be a significant year for Ayre Chamberlain Gaunt. We had completed some fantastic work in 2016 and secured a number of interesting new projects as a result, providing us with a solid platform to progress from.

Every year we set ourselves a series of objectives. Our first for 2017 was to stop being the ‘bridesmaid’ and finally collect an RIBA Award. Towards the end of 2016 we had the pleasure of showing Hugh Pearman around The Point as he considered our entry for the RIBA Journal MacEwen Award. While not strictly speaking an ‘RIBA’ award, the MacEwen Award is a national prize and so in many ways more difficult to win. First the excitement of the shortlisting and then the joy of winning the award – a great start to the year.

Hugh came to our studio when he was visiting The Point and we spent a while talking about the journey of the practice to date. We discussed our ambition to open a London studio in 2017, to enable further growth of the practice and to become more active within the industry. As a business created in the recession of 2007, we have always felt a strong responsibility to our team that base costs are kept to a minimum to bring stability and allow more investment in design. The investment in a central London location was proving a difficult decision, especially as our growth was based on a series of pipeline projects as opposed to a single windfall (we were procrastinating behind the scenes). Hugh’s mention in his RIBAJ article that the London studio was opening in the summer of 2017 was the kick we needed to focus and deliver to this target. The practice had evolved from the micro business formed with the founding few in David Ayre’s garage to one with regional and increasingly national profile and it needed to be led by us accordingly.

In March, we were named Building Design’s Young Architect of the Year. YAYA was an award we had always coveted as it recognises the depth of your portfolio and rewards the whole team. As directors, winning the award gave us real confidence that the values we’d fostered were right, creating consistent quality in our projects.

MIPIM 2017 couldn’t have come at a better time. While the networking was invaluable, we had time as three directors to talk outside the hectic day to day demands of the practice. In between meetings, we reaffirmed our targets for the year, signed a lease for the London studio, placed recruitment adverts, interviewed for our Alumni publications and took some time to reflect for a brief moment on our journey so far.

In May came the RIBA Award. Not just one for The Point but also one for RIBA South Emerging Practice. Into the second half of the year it was a running joke with clients that our email footer got longer by the week as other awards and shortlisting’s rolled in.

The London studio opened at the beginning of June and by the end of the summer all desks were full. In fact, we were full in Basingstoke too, and with our emboldened confidence in the practice and our process, we were on the hunt for a space to create a new chapter. Our new home at Belvedere House, one of two exceptional office buildings designed by Arup with DEGW in the early 1980’s, is nearly 2.5 times the size of the old studio and offers the space to collaborate, play and grow. We moved over in time for our Christmas Party, announcing our arrival to the neighbours!

ADDING TO THE TEAM

Alongside the award success, the story of the year was one of consistent growth. We increased in numbers from under 25 to over 40, not just adding to our design capacity with architects and assistants but also business management, marketing, technology/BIM and research specialists. We’ve always had a talented core team, but it’s so exciting to reach a scale where we can justify the support team that will help us develop our processes and knowledge. We have always sought ways in which we can contribute to projects, clients and society beyond what is perceived to be the ‘standard’ architect’s scope. We now have the dedicated capacity to focus on and explore what we see as the great opportunities and challenges of our time. Our focus is the advancement of technology through construction and the need to solve what is no longer a crisis but more a housing ‘condition’.

There were so many highlights in 2017 and we’ve just picked out a few to share. In summary, it was a year of firsts and lasts that draws to a close the early years of the practice. Our London launch party in the Autumn was a great chance to say thank you to those who have supported us over the years.

We are now collaborating and competing with nationally and internationally significant practices that we’ve always considered role models. We have again set a number of targets for this coming year, including: developing and promoting our expertise; sharing our research and knowledge; and being more active in the industry conversation. Our overarching target is to establish ourselves alongside the leaders in our field.