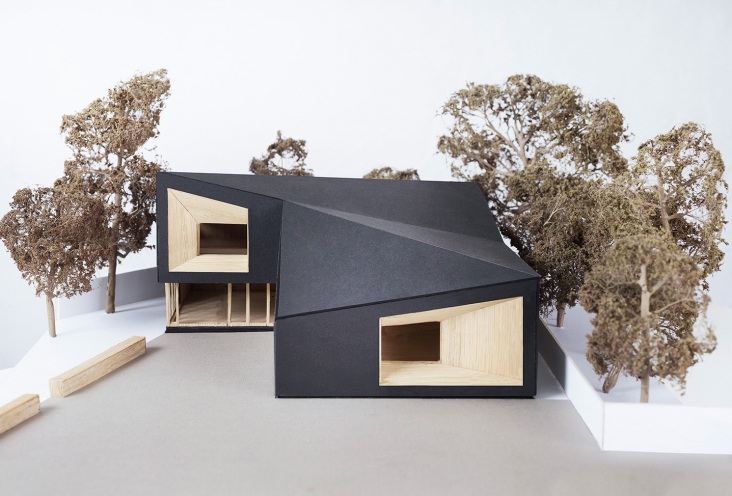 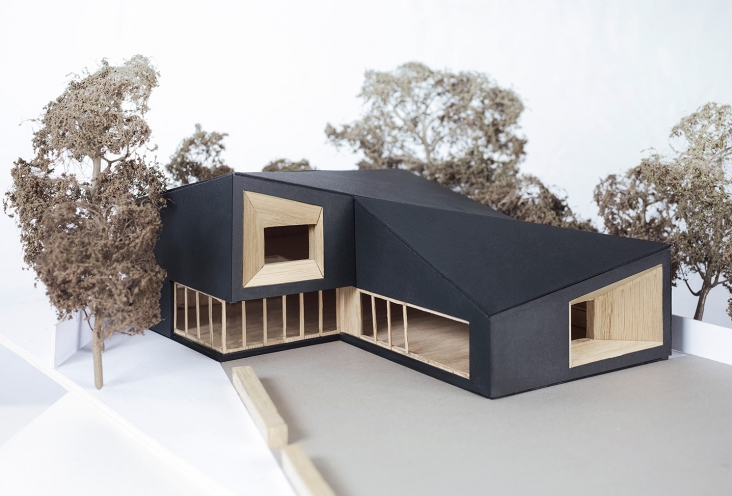 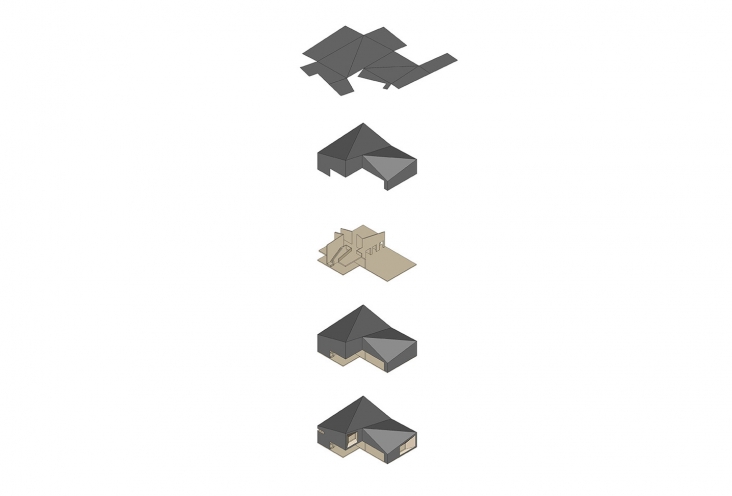 The Point is a new two-storey, 410m2 youth club that was designed in collaboration with the young people of Tadley. The project houses two multi-purpose halls, music room and recording studio, café, a series of activity pods and break-out spaces, as well as an outside recreation space.

Dark grey fibre cement cladding acts as the skin of the building, wrapping around the roof and walls to create a seamless mass into which windows and openings are punched. These breaks in the form introduce warmer timber tones through timber veneered rainscreen cladding which in turn reveal the internal spaces beyond. Inside, walls and ceilings use birch faced plywood while the exposed roof structure is made of glued laminated timber and plywood panels. The timber-framed wall panels and floor cassettes were prefabricated offsite for improved quality control and to speed up the construction time.

A generous entrance space opens onto a floated concrete floor that complements the tones of timber while providing a hardwearing surface that will stand the test of time. The building plan is based around a flexible ‘spine wall’ of storage and activity pods. These pods are conceived as ‘secret spaces’ situated throughout the building. At ground floor a café/kitchen and large multipurpose hall form the main spaces while the upper level houses a fully equipped music room and recording studio, breakout spaces, meeting room and another multipurpose hall.

‘Since we started working with Ayre Chamberlain Gaunt on the initial Feasibility Study, they have demonstrated a complete understanding of our original brief that The Point should have a distinctive identity of its own – influenced by the youngsters themselves. What has been delivered is a wonderful interpretation of those ideas.’ – Adrian Noad, Chairman, Tadley & District Community Association