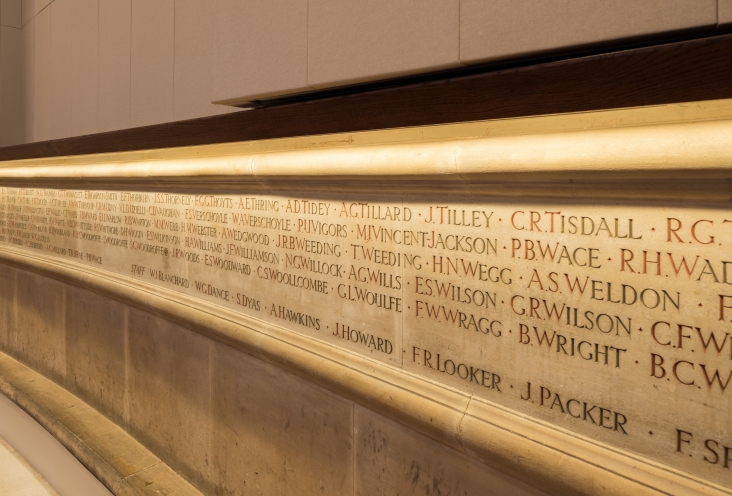 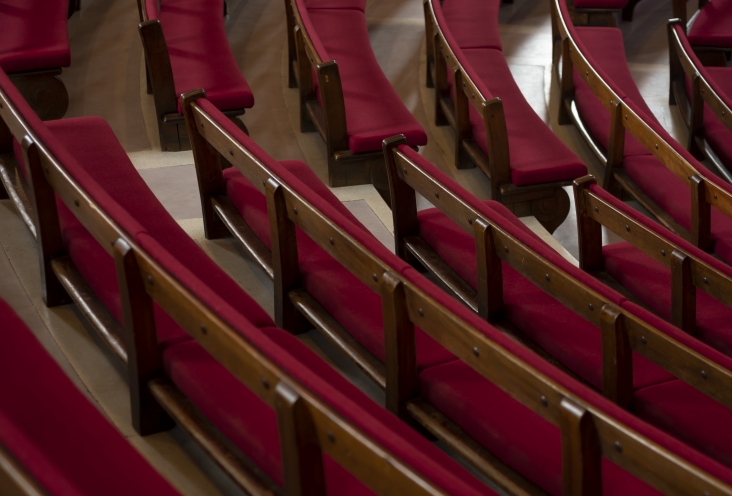 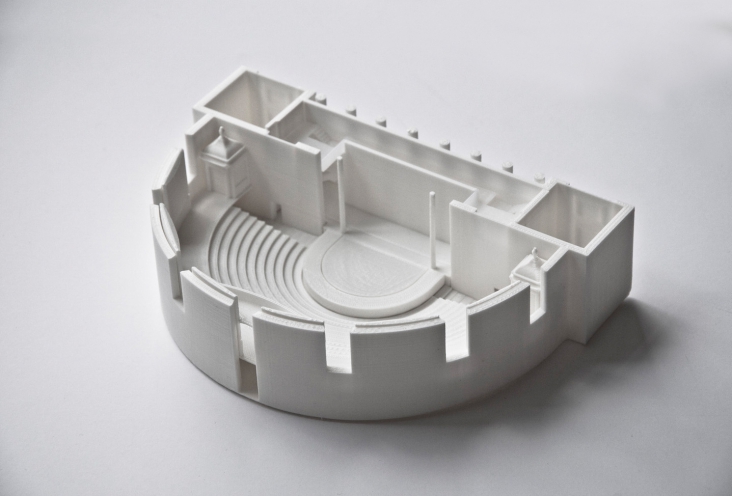 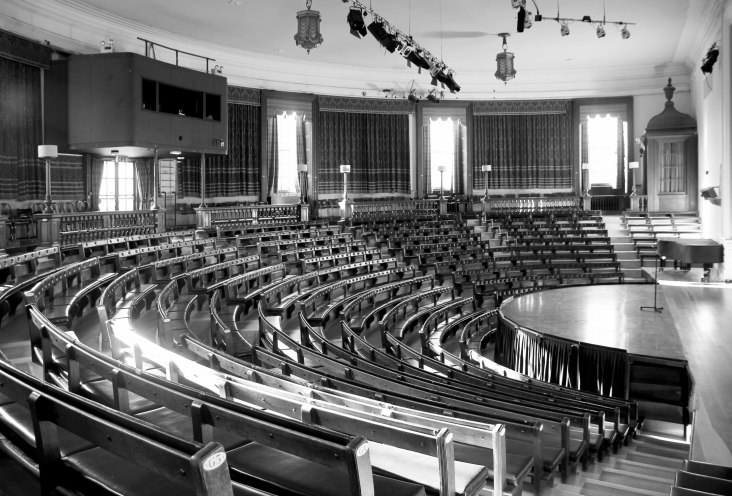 Memorial Hall was opened in 1925 to honour Marlburians who died in the First World War. Over the years the hall had declined and become unfit for purpose so in partnership with Diamond Schmitt Architects, we were appointed to re-establish the building’s original use as a theatre and memorial.

The 600 raked-seat auditorium is an enclosed classical amphitheatre, a perfect semi-circle with a thrust stage at its centre. While this shape allows for clear acoustics in the open air, the echo and excessive reverberation rendered centre stage unusable. In addition to the acoustical problems, other challenges included poor sight lines and limited front and back of house facilities, accessibility and overheating.

The proscenium arch has been widened to improve lateral sightlines and acoustic connection to the audience chamber. A unique system of variable and fixed acoustical reflectors, positioned above the stage, have been designed to effectively disperse sound throughout the hall.

Re-raked front rows and a raised stage improves sightlines, and the ’60s era technical booth has been replaced with a streamlined transparent perch suspended from the walls to preserve clear views of the original cornice above. Better access via a new vomitoria connects to new entrance lobbies and washrooms on the lower level.

As an iconic and much-loved building on the Marlborough campus, it was important that the modernisation of the Grade II listed hall remained true to the original architecture. Where possible, original elements were restored and there is a clear distinction between heritage features and new contemporary interventions.