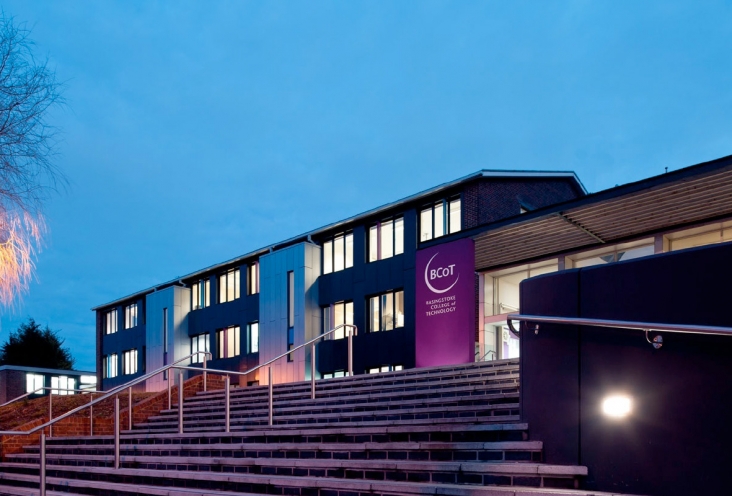 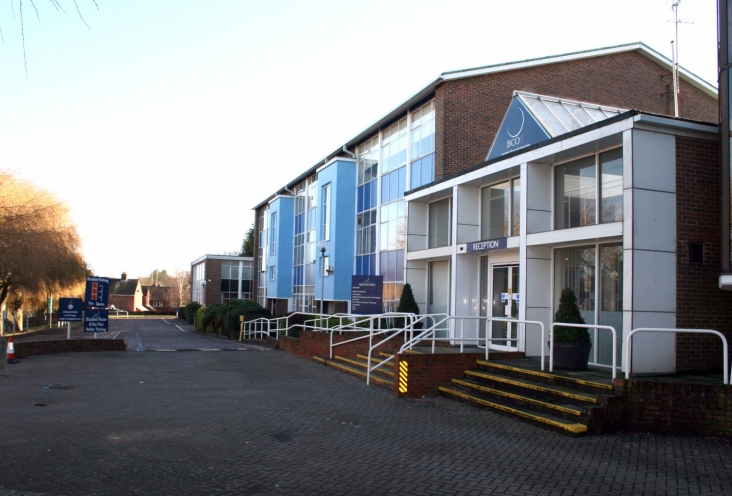 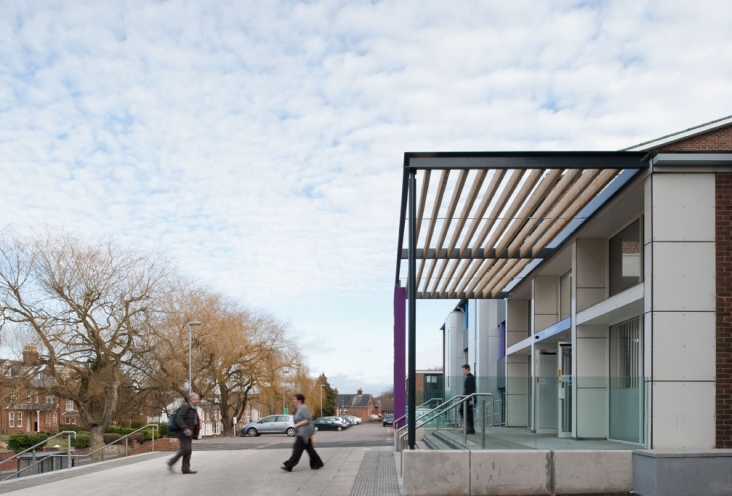 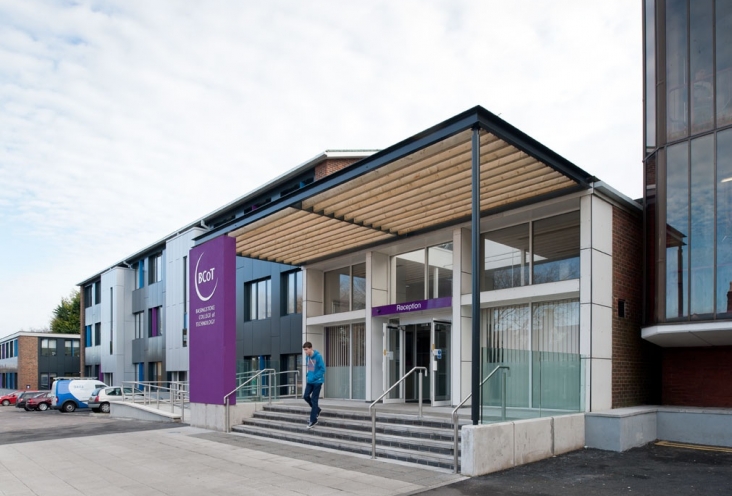 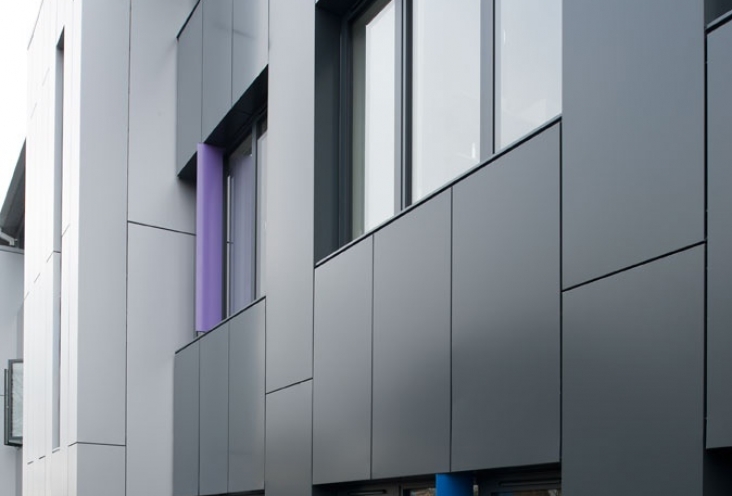 ‘We chose Ayre Chamberlain Gaunt because they showed initiative and enterprise in bringing forward their ideas, understood the College’s requirements and were able to translate these into an ambitious yet deliverable project.’
Anthony Bravo, BCoT Principal.

As part of a series of projects for Basingstoke College of Technology, we developed proposals for improving the appearance and public face of the College. The design included the re-cladding of tired looking 1960s era buildings, new entrances and public realm/landscape improvements.

The College lacked a clearly defined or recognisable entrance point. There was no cohesive signage or identity, plus a lack of frontage defining the commercial elements of the College. The design addressed these issues through the introduction of new entrance canopies. These canopies now clearly define the different entrances adding gravitas to the front elevation. The canopies incorporate clear branding and signage visible from the road and make use of colour to define academic departments. The works also involved widening both sets of entrance steps to the north and south sites to improve the circulation of students and act as a visual connection.

To improve the appearance of the facades, many of which were in a state of disrepair, an insulated panel cladding system was proposed. Based on a strategy of over-cladding the existing facade, this offered a cost-effective solution which enhances the aesthetic and improves environmental performance, while still allowing the buildings to be kept in use throughout the external works.

This phase of work completed in 2012.