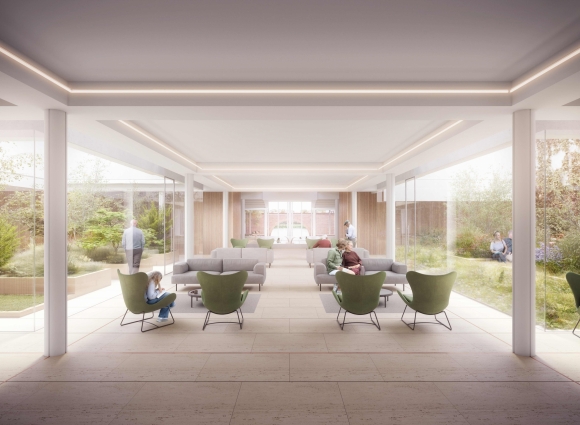 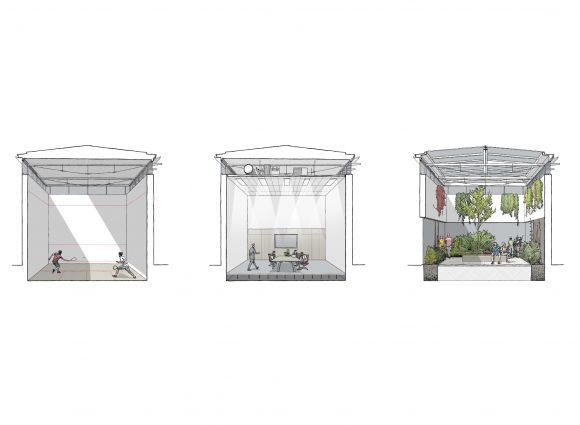 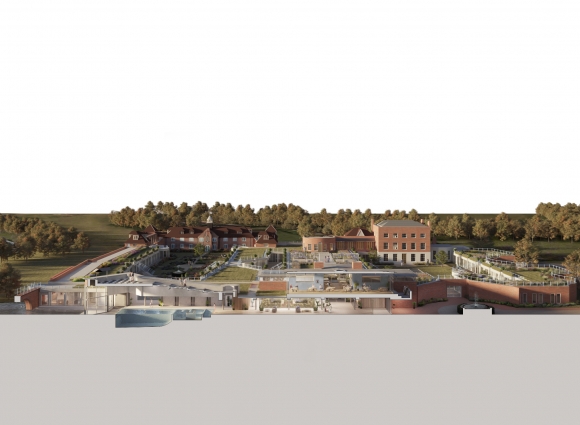 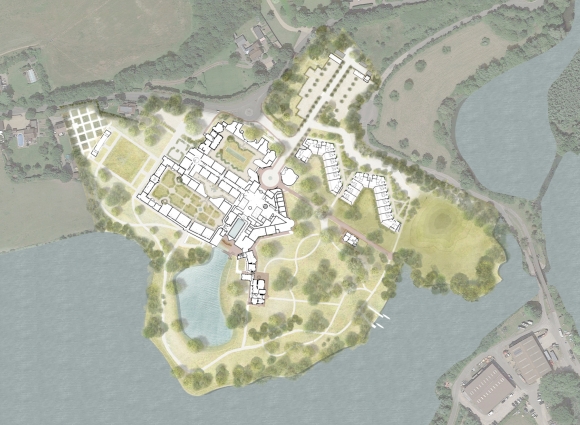 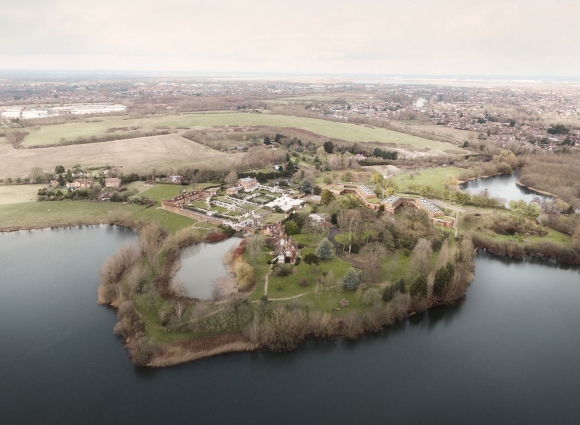 Tell us about the project

In a nutshell the scheme is a conversion of the listed RMC office located in Thorpe, Surrey, completed by Ted Cullinan in 1990. The proposal is a mix of conversion and new build to develop a new later living community of 79 extra care apartments with communal leisure and wellbeing facilities, set in parkland grounds.

Demolition and redevelopment had been previously suggested for the site – how and why did you take a different approach?

The former owner occupiers of the site, Cemex, developed plans which proposed to retain the historic Georgian villa, Victorian stables and Arts & Crafts buildings and demolish the Cullinan scheme, which had deftly coalesced the historic buildings with a single-storey modern office.

The listing led to the withdrawal from planning of the proposals to demolish by Eden Retirement Living, saw the potential in the site to become a unique later living community.

In 2018 we developed proposals which converted the buildings for residential use and proposed the reinstatement of the leisure facilities such as pool, café and restaurant which had been lost through piecemeal change over time. We approached the listing as an opportunity to breathe new life into an exemplary piece of architecture and convert the buildings with a distinctive new layer, adding to the rich history of the site.

What were the challenges of the existing building?

The conversion of a building used for the last 30 years as commercial office into residential apartments was relatively straight forward due to the previous residential use of the historic buildings and a favourable structural grid of the modern office.

The main challenge arose with the ratio of space suitable for residential use, compared with the area of communal and leisure facilities, which were located in deep-plan accommodation with unsuitable daylighting levels. Through testing a number of options, it became clear that for the development to be viable a number of new build apartments would be required to balance the generous communal facilities. The proposed new build would be a challenge due to the site location within Surrey’s green belt.

A second challenge would be the acoustic environment. Located close to Heathrow, the junction of the M25 and M3, and across a lake from Thorpe Park, there were a number of noise sources, which created acoustic peaks on the site throughout the day.

Cullinan was supportive of our plans for conversion which picked up on and accentuated a number of the key concepts established in the original design. On initial review of our proposal for the new build apartments which take the form of low-lying buildings arranged in splayed courtyards, Cullinan casually remarked that he’d look at a tower but that we should do what we thought best.

A common thought was that the proposals should be a deliberate and distinctive layer to the existing buildings.

Aside from retaining the original fabric, what other aspects of your design reduce the whole-life carbon impact of the building?

The original building was praised for its sustainable design, including green roofs, passive shading from overhanging eaves and cross ventilation, so we picked up from a good starting point.

Improved fabric performance through increased insulation and replacement glazing is supported by active measures including MVHR to all apartments. Plus, the introduction of renewables, with PV panels located on the roof of the new build and water source heat pump for site wide heating and hot water, making best use of the site attributes.

Working with Max Fordham and TNG, our ambition for the site is for it to use less energy in operation than it had prior to conversion and new build. It is proposed to use post-occupancy evaluations to tailor the building performance and reduce energy waste.

It took some time for the scheme to get through planning. What were the major issues you faced?

We were confident going in to planning that the proposals satisfied the very special circumstances required to justify development in the green belt. However the scheme was to be seen at planning committee on three occasions prior to approval.

The point of contention with the application was acoustics, in particular the potential for residential use on the site to limit the future operations of the nearby Thorpe Park [theme park]. The first planning committee meeting deferred a decision to allow further acoustic testing to be carried out throughout peak season.

The outcome of the second committee meeting was the agreement of the committee members to delegate their powers of approval to the local authority officers pending the resolution of technical and legal issues on acoustics. At the third committee meeting the result was a unanimous vote to approve the proposals.