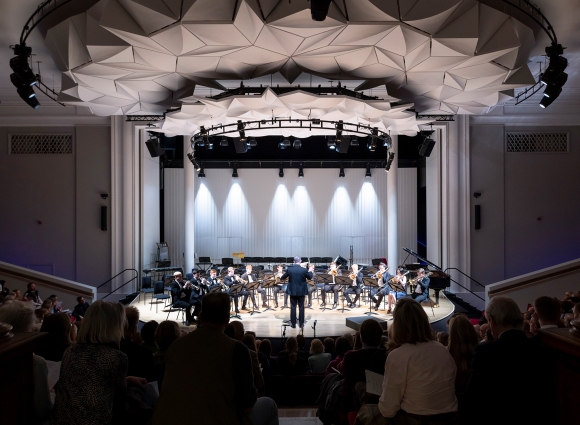 We’re delighted to announce that Memorial Hall has been shortlisted for the 2019 AJ Retrofit Awards in the school’s category.

The recently completed project at Marlborough College is a transformative refurbishment of a historic auditorium. The Hall was opened in 1925 to honour Marlburians who died in the First World War. Over the years the hall had declined and become unfit for purpose so in partnership with Diamond Schmitt Architects, Ayre Chamberlain Gaunt were appointed to re-establish the building’s original use as a theatre and memorial. Read more about the project HERE.

The winners for the AJ Retrofit Awards will be announced at an awards ceremony in London in September.